If an interview with JUNO investigator Ravit Helled does not appear here, please> request PDF 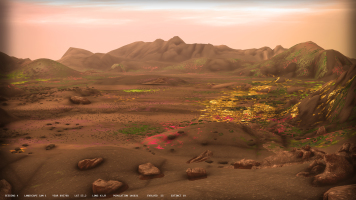 Simulation still from The Wilding of Mars by Alexandra Daisy Ginsberg, courtesy the artist

There's long been a lot of hype about Mars and now it's about building bases and cities there. But maybe we can imagine a totally different future for the planet, as Alexandra Daisy Ginsberg's Wilding of Mars does. An exhibition at London's Design Museum explores possibilities and raises questions. 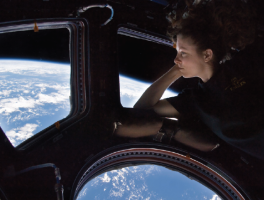 David Nixon's mighty book International Space Station: Architecture Beyond Earth (Circa) is stuffed with information and stunning images. And it asks if the ISS meets Vitruvius' ancient principals of architecture. My review has answers + ponders the eventual ISS fate. 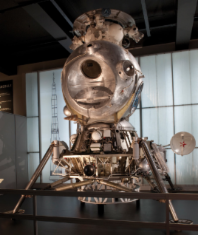 An epic show at London's Science Museum about the Soviet space program, reviewed.

'From Russian avant-garde to priceless spacecraft relics and stirring graphics from days that were never more heroic, this is a cosmic parade' 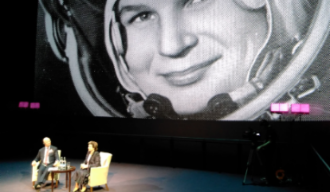 52 years after she became the first woman in space, Valentina Tereshkova came to London, to be reunited with her Vostok capsule. And she had same stories to tell!
Journal of Wild Culture October 2015

The Edge of Emptiness 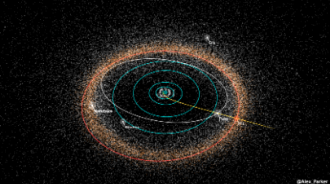 As NASA's New Horizons passes Pluto, we've stepped through the door into a strange new realm called the Kuiper Belt. Out there is a deep freeze of not just new worlds, but also simmering issues — including perhaps even our very origins. To help clarify things, I imagine a large dining table to map it all out.
Journal of Wild Culture July 2015

Roadmap to the Stars
First, we take the Solar System! How humanity could colonise the galaxy... but what is to be human anyway? Come on a trip to an ultimate destiny...
uncube magazine no 19: the Space issue March 2014